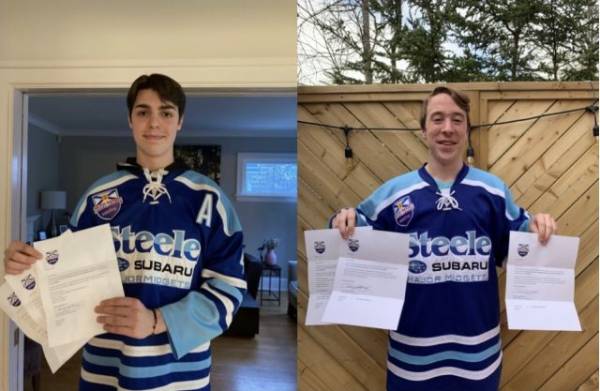 Sean Freeman is in his second full season with the Subarus, after AP’ing with us for his first U18 season. Sean has received:

Both players have consistently demonstrated an ability to balance elite hockey with community benevolence and outstanding academic achievement.

Subaru Staff and Executive would like to congratulate Ben and Sean, and we are extremely proud to have them in our organization!

Thank You from Steele

Steele Subarus to Clash with Weeks